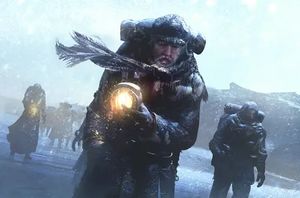 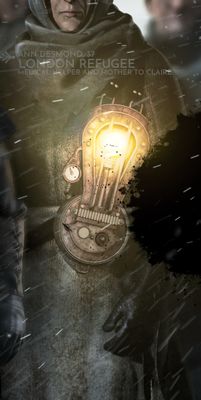 Lamps are a technology mentioned in passing in several relics in the game. They are able to provide light, heat, and an emergency distress signal from the wearer. Lamps are shown on scouts' backs on some in game images, and are also shown as a handheld version as well as shoulder strapped attachment shown on citizens. They are also used to power the prosthesis in game allowing the amputee to use the limb with almost the same degree of motion as an actual human arm, hand, or leg. The power source of Lamps are unclear but they do not seem to be powered by coal burning directly nor do they utilize Steamcores as most machinery in Frostpunk does, but the artbook that comes with the Victorian Edition of the game describes the lamp as a "glowworm lamp". While this could indicate the light source it does not explain how the lamp produces heat or a distress signal. The "glowworm lamp" could also simply be a nickname for the lamp rather than an actual description of how it operates. The artbook further makes the statement on the lamp being a universally used piece of technology when it states:"(The Lamp) is one of the most unifing elements, bringing all the characters together. Medics, workers, kids, engineers - everyone needs it.''" 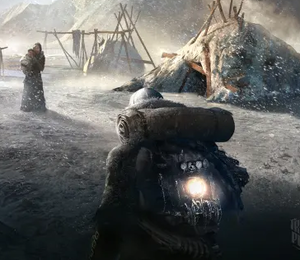 Scout shown with a Back Lamp
Retrieved from "https://frostpunk.gamepedia.com/index.php?title=Lamps&oldid=8961"
Categories: